The National Thermal Power Corporation Eco Park in Badarpur, New Delhi is a vast land of 884 acres and is termed as the biggest man-made park.

Being the biggest attraction in the whole country, it is replete with many public amenities and facilities such as jogging tracks, Public Recreation zones, fountains, Yoga Centers, Eco-friendly and green public squares,  man made lakes, open gyms, etc.

Building such a humongous man made project that is eco friendly as well, however requires a lot of things taken into consideration, including proper management. The most important was to consider the man made lakes, ponds and other water bodies such as the fountains, etc. that need proper attention and management when it comes to handling the water seepage, leakage to other areas, algae formation, etc.

And to solve this problem the HDPE liners of 5 mm thickness were used to prevent any water containment and pond lining issues in the entire park. Basically, the chemical resistance of the HDPE liners is put to use.

When it comes to building mammoth eco parks, in order to add to the aesthetics and even to add that natural touch, the inclusion of water bodies becomes a must.

The NTPC Eco park is also said to host a lot of herbivorous species of animals, which made it mandatory to have extremely clean and hygienic water bodies especially built for them.

However, this inclusion of water bodies also came with several precautions, which majorly include, water pollution, or even soil pollution for that matter, taking care of aquatic life, etc.

Also, considering the highly fluctuating and extreme climatic conditions of the location, that is, Badarpur in New Delhi, it was a necessity to put in some long lasting and effective solutions to be put in place to protect its marine life and other natural habitats for various animals.

In order to tackle all the above mentioned issues, the implementation of HDPE (High Density Polyethylene) liners was brought in effect.

HDPE is basically a polymer made from thermoplastic. It is extremely hard wearing and can be used as both hard and soft pond liner.

It is also extremely affordable and hence widely used in several applications. It is also resistant to a lot of chemicals and is UV resistant. However, the best part for which it is widely used is because of its prolonged durability.

HDPE liners of 5 mm thickness were used in several water bodies of the NTPC eco park, to prevent any kind of water seepage, leakage, and pollution issues. Also, its ability to withstand extreme temperatures has made it the best possible solution for all water bodies in the park.

These liners have not only been the most environmentally friendly solution, but also act as a great barrier for separation of impurities and filtration purposes.

Thus they have brought about a new age solution to all the water bodies related issues at the NTPC Eco Park at Badarpur. 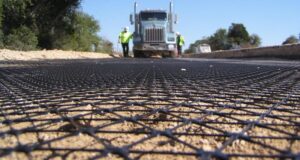 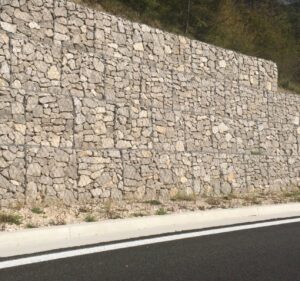 What is the Purpose of a Gabion?
The word 'gabion' arrives from an old Italian word, gabion, which signifies 'big cage“. Nearly 7000 years ago, early gabion-type structures prevented the bank of…
See More