Posted at 22:09h in Uncategorized by Richago Tech 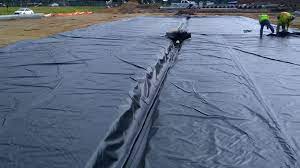 Landfills have been an essential part of human civilization since ancient times. The waste that cannot be disposed of, or in simple words cannot be recycled or reused, has to go in a dump yard commonly referred to as the landfill.

However, the continuous dumping of waste and increasing heaps of the same, if left unattended in these landfills can cause huge environmental issues posing a great threat to our lives through land pollution, groundwater pollution, etc. and many other health hazards.

The entire world is facing huge environmental issues posed by improper waste management. Landfills sure are a solution to the problem. But when not attended appropriately and not built correctly, even landfills can pose a severe threat.

Solid waste is certainly one of the most important threats that one cannot ignore at all. It could be from houses, schools, hospitals, agricultural remnants, industrial by-products and residues, wastes from oil refineries, etc.

The gases (such as Methane) released from the waste dumped in some landfills are extremely dangerous, and cause severe environmental hazards including Landfill fires, atmospheric changes, soil deterioration, etc.

In Chennai, the capital city of Tamil Nadu, India, Landfills were a huge problem owing to the exponentially rising population and urbanization of the city. The increasing amounts of waste being dumped into landfills made it essential to reconsider the liners being used in the construction of the same to avoid any further degradation of the environment.

Geomembranes are used to minimize these ill effects of the landfills. They are extensively used in the Waste management industry, oil and gas industry, transportation and even the environmental industry.

The applications and benefits of a geomembrane are varied and significant. Basically, geomembranes are nothing but synthetic liner membranes with low permeability that are used as a barrier to stop or control the fluid (or gas/vapor) migration altogether in various man-made systems or projects.

And therefore, they have been extensively used as liners in the landfills these days.

There has been much of an evolution in the types of geomembranes used since its introduction. After the 1980s, the HDPE (High Density Polyethylene) geomembranes have since then been the preference of all throughout the world, owing to its high strength, its overall inherent flexibility that can be managed without adding any additives or any adhesives, its extensive chemical resistance and even its resistance to weathering effects owing to which it can be left out in the open absolutely uncovered. And last but not least, it is absolutely easy to install.