Interesting Facts to Learn About Geotextile

Interesting Facts to Learn About Geotextile

Posted at 17:25h in Uncategorized by Mukul Goel

We are surrounded by various types of textiles in our daily lives. Geotextile are a bit different but very famed due to their use in over 80 different types of applications around us. These are simply synthetic fibers turned into a fabric with absorptive qualities and are contrary to biodegradation.

Geotextile were intended to be purposed as an alternative to soil filters. Based on the textile’s intended properties, these fabrics have been utilized to separate, reinforce, filter, protect or drain. Sometimes known as geosynthetics, geotextile are primarily used in civil or environmental engineering undertakings.

Originally geotextile were called filter fabrics. In the 1950s, R.J.Berrett begin working with geotextile, utilizing them in erosion control situations such as behind precast concrete sea-walls, underneath large stone ripraps, beneath precast concrete erosion control blocks, etc. After this, he used distinctive woven monofilament fabrics, with 6 to 30% of the open region. The requirement for permeability along with soil retention, fabric durability, and elongation made geotextile perfect for use in filtration situations.

Though, Geotextile go preceding, Geotextile were one of the initial textile products possibly used in human history. Exceptionally so, Egyptian site excavations have shown the purpose of linen and grass mats. These early on, Geotextile were made occasionally with natural fibers or vegetation mixed with soil to enhance road stability.

Geotextile should be capable to permit material exchange between soil and air, so it should be passable for plants to grow roots, rainwater to come into the soil, or excess water to exhaust out without causing erosion, etc. This creates the following certain characteristics necessary to be present in Geotextile:

There are varied categories of Geotextile used for various operations. Although capturing every type in this blog is not practically possible, we can discuss the three principal types of geotextile used, especially woven, non-woven and polyspun. 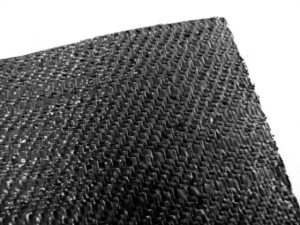 Woven Geotextile are purposed mainly for separation and reinforcement operations. Great tensile strength and load capacity features make these suitable for the above-mentioned functions. These are comparably impermeable, during not good with drainage; they have high compressive strengths making them perfect to be used in the construction of roads, etc. 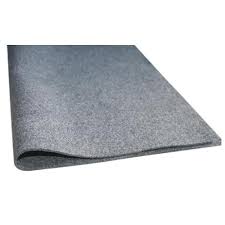 Non-woven textiles are felt such as materials that lack tensile, shear, or compressive strength fronts but are best in fields where separation, drainage, or filtration properties are required. They hence are good for hardscape operations or erosion control.

Polyspun geotextiles are as well non-woven materials with separation being their main function. These materials are absorptive, and thus are used to add drainage, but they fail to add any form of reinforcement. These are typically used as weed barriers.

Both natural and synthetic fibers are purposed in manufacturing different types of geotextiles, suited for various functions.

Natural fibers in the shape of paper strips, wood shavings, jute nets, or wool mulch are utilized in geotextiles. Natural geotextiles are used particularly when they are required to bio-degrade in a relatively shorter period, like when they are applied for preventing soil erosion till vegetation sets.

Synthetic fibers are chiefly used for geotextiles. There are 4 prime synthetic polymers, polyester, polyethylene, polyamide, and polypropylene that are broadly used for manufacturing geotextile.

For a wider understanding, geotextiles can be understood as any textile product used beneath the soil. This makes geotextiles handy in applications such as streets, ponds, pipelines, embankments, etc. reinforcements. In any application, geotextiles are used for six discrete causes, separation, filtration, reinforcements, drainage, protection, and enclosure. These functions as well make geotextiles useful in multiple environmental and civil undertakings.

Geotextiles as well have a wide application when it comes to embankment dam construction. The application, howbeit, may be limited in some cases since geotextiles are prone to installation damage and have a hidden for clogging. Thus, they are architected and accepted by experienced engineers considering all aspects of design and construction.

Geotextiles have the following functions on account of their application in Dams:

In some situations, geotextiles play a very vital role in the filtration of seepage through and under embankment dams. These textiles function as a filter, controlling the transport of soil particles by seepage.

The most usual application of geotextiles is its usage as a separator of natural material to prevent the contamination of adjacent zones in the embankment.

Geotextiles can effectively function as armor systems to minimize erosion associated with the dams and sediment transport at the time of dam construction.