Posted at 22:29h in Uncategorized by Richago Tech 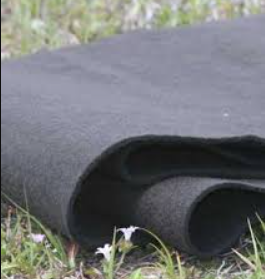 Fecal sludge, like municipal solid waste, can be disposed of in landfills. Although well-built and maintained landfills are safer than open dumping sites, even the most hygienic landfill will eventually fill up and leak after many years. As a result, landfills should only be used to dispose of waste that cannot be repurposed. Prevention of waste in the first place remains a priority in order to solve present waste concerns. It is far more sustainable to separate different forms of waste and reuse them.

The fact is that Kolkata, one of the most affordable cities in the country, has experienced a surge in consumerism and is trying to deal with the solid waste crisis, thanks to the administration’s indifference to the problem.

According to senior officials with the Kolkata Municipal Corporation (KMC), the city generates roughly 4500 metric tonnes of solid trash every day from its 144 wards, with nearly all of it thrown into the grounds without any sorting at the source.

We could have benefited from a proper process to deal with the rubbish gathered from the city, but the entire waste is carried and deposited here without any sorting. The solid garbage is then collected by scrap dealers who have set up sorting and recycling operations right on the wetlands, which are thus subjected to contamination and encroachment. It would only take a few years for these natural lungs of the city to perish forever.

It’s impossible to sit there for more than a minute with the windows open. The stink of rubber and other rubbish is thrown outside the workshop by scrap dealers’ stores has made their lives a living hell. It would have been preferable if the rubbish had been kept in enclosed bins, but it is now dispersed in the open. They have notified the authorities countless times before but to no avail. Their health is being harmed by the trash.

The landfills were provided with solid applications of Geotextiles with a total stretch of 28000 Square Meters. Lightweight, high tensile strength, corrosion resistance, anti-microbial erosion, and simple construction. The soil is well mixed, the pore diameter is tiny, the permeability is good, the texture is soft, and the pore diameter is small.

Geotextile, as a multifunctional product, can help to decrease or even eliminate secondary pollution. The water permeability and air permeability of nonwoven geotextiles are excellent. It can be buried in the garbage from the filling process. Improve the filling waste acceptance circumstances, the tensile strength and deformation resistance of the filling, and the engineering project structure’s stability. The nonwoven geotextile is being used in the proper manner. For the anti-seepage layer, needle-punched non-woven geotextiles and HDPE geomembranes are employed as engineering materials. The anti-seepage layer is designed to restrict the infiltration of contaminated wastewater and pollutant migration while also guiding the drainage layer to discharge wastewater.