Why We Use Polythene Sheet Between Two Walls & on Slab?

Why We Use Polythene Sheet Between Two Walls & on Slab?

Home / Why We Use Polythene Sheet Between Two Walls & on Slab?

21 Oct Why We Use Polythene Sheet Between Two Walls & on Slab?

Posted at 18:12h in Uncategorized by Mukul Goel 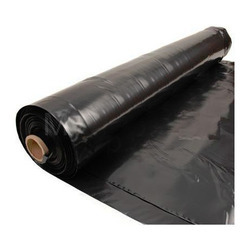 Polyethylene is a thermoplastic polymer with a variable crystalline design and a wide range of applications depending on the particular type. It is one of the most broadly produced plastics in the world, with tens of millions of tons produced worldwide every year. The commercial procedure (the Ziegler-Natta catalysts) that made PE a success was built in the 1950s by two scientists, Karl Ziegler of Germany and Giulio Natta of Italy.

There are several kinds of polyethylene, and each one is best suited for a distinctive set of applications. High-Density Polyethylene (HDPE) is more crystalline and is often used in completely different circumstances than Low-Density Polyethylene (LDPE). For example, LDPE is widely utilized in plastic packagings, such as grocery bags or plastic wraps. By contrast, HDPE has typical construction applications (for instance, its purpose in the fabrication of drain pipes). Ultrahigh Molecular Weight Polyethylene (UHMW) has top-performance applications in things like medical devices and bulletproof vests.

The Different Categories of Polyethylene 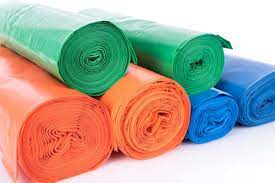 It is a very flexible component with unique flow properties that makes it specifically suitable for shopping bags and other plastic film purposes. LDPE has great ductility but low tensile strength, which is evident in the actual world by its propensity to stretch when strained. 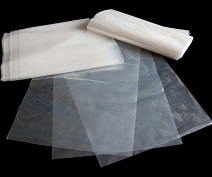 It is very similar to LDPE but provides added advantages. Particularly, the properties of LLDPE can be modified by adjusting the formula constituents, and the overall production procedure for LLDPE is typically less energy-intensive than LDPE.

It is a firm, moderately stiff plastic with a highly polyethylene-HDPE-trashcan-1 crystalline design. It is frequently utilized in plastic for milk cartons, laundry detergent, garbage bins, and cutting boards.

Ultrahigh Molecular Weight Polyethylene (UHMW) is an exceptionally dense version of polyethylene; with molecular weights normally an order of magnitude greater than HDPE. It can be spun into threads with tensile strengths various times greater than steel and is frequently incorporated into bulletproof vests and other high-performance materials.

The Features of Polyethylene

Now that we know what it is utilized for, let’s analyze some of the basic properties of polyethylene. PE is classified as a “thermoplastic” (as averse to “thermoset”), based on the way the plastic responds to heat. Thermoplastic elements become liquid at their melting point (110-130 degrees Celsius in the case of LDPE and HDPE accordingly). A beneficial attribute of thermoplastics is that they can be heated to their melting point, cooled, and reheated again in the absence of significant degradation. Rather than burning, thermoplastics such as polyethylene liquefy, allowing them to be simply injection molded and further subsequently recycled. By contrast, thermoset plastics can just be heated once (normally during the injection molding process). The initial heating causes thermoset materials to set (similar to a 2-part epoxy), out coming a chemical change that cannot be reversed. In case you tried to heat a thermoset plastic to a high temperature a second time, it would burn. This feature makes thermoset materials poor candidates for recycling.

Different kinds of polyethylene exhibit wide variability in their crystalline structures. The less crystalline (or amorphous) a plastic is, the more it determines a tendency to soften gradually; that is, the plastic will have a broader range between its glass transition temperature and its melting point. Crystalline plastics, in comparison, display a rather sharp transition from solid to liquid.

Polyethylene is a homopolymer, as it is made of a single monomer constituent (in this situation, ethylene: CH2=CH2).

Why is Polyethylene Utilized So Often?

Polyethylene is an incredibly beneficial commodity plastic, particularly among product design companies. Due to the diversity of PE variants, it is incorporated into a broad range of applications. Unless it is needed for a specific application, we don’t typically use polyethylene as part of the design procedure at Creative Mechanisms. For some projects, a part that will finally be mass-produced in PE can be prototyped with other, more prototype-friendly materials such as ABS.

PE is not available as a 3D printable element. It can be a CNC machined or vacuum formed.

How is PE Produced?

Polyethylene, similar to other plastics, starts with the distillation of hydrocarbon fuels (ethane in this case) into lighter groups known as “fractions,” some of which are combined with other catalysts to make plastics (typically through polymerization/polycondensation).